Mider T said:
No. No need for a randomly capitalized "and" in there.
Click to expand...

And you know that you're not supposed to go around correcting people's typos. Next time you do it there'll be consequences, now knock it off.

Nemesis said:
And you know that you're not supposed to go around correcting people's typos. Next time you do it there'll be consequences, now knock it off.
Click to expand...

So where is Aegon's warning?

Mider T said:
So where is Aegon's warning?
Click to expand...

So, what we have to go through every living presidents home to make sure there aren't classified documents in their attics?

Be lucky that I have "rules" that aren't actually rules, just 'We don't like Mider doing this so we'll just make some shit up'

Van Basten said:
For what, an accident?
Click to expand...

I believe Biden and Pence did it on accident, but depending on what the classified information is, that accident can be deadly.

Mider T said:
Be lucky that I have "rules" that aren't actually rules, just 'We don't like Mider doing this so we'll just make some shit up'
Click to expand...

Dam, I need too cheque mye closet. Their mite bee a few in they're eye knead two return.

I will have my revenge

Van Basten said:
I hopped over to Wikipedia to see if Dick Cheney is still alive. I know his ass has confidential papers in his office. Call it a hunch.
Click to expand...

Information appraised as having permanent historical value is automatically declassified once it reaches 25 years of age unless an agency head has determined that it falls within a narrow exemption that permits continued classification and it has been appropriately approved.

at this point, has anyone left the white house without classified documents?!

In a word: Brilliant

But what about Hillary's emails?

I went on a tour when I was like 12 and they have yet to find any at my house.

Onomatopoeia said:
But what about Hillary's emails?

I remember the Wall Street Journal being one of the people who published the entire email database of Hillary and the gov was asking the American public to look at them. I feel left out in these secret document cases or hunter's laptop. We can't we see trade talks and Hunter's penis?

WorkingMoogle said:
I went on a tour when I was like 12 and they have yet to find any at my house.
Click to expand...

That's because you were not paying attention, they give them out after showing the bathroom. The other way, if you missed the tour, is to break through the windows with a MAGA hat and say that ANTIFA is hiding stuff there and you want to double check as a law abiding concerned tax paying citizen.

Damn that Antifa! Now they've even hidden documents in Pence's house! When! Will! they! STOP!

Says the woman that endorsed George Santos and helped him get elected. 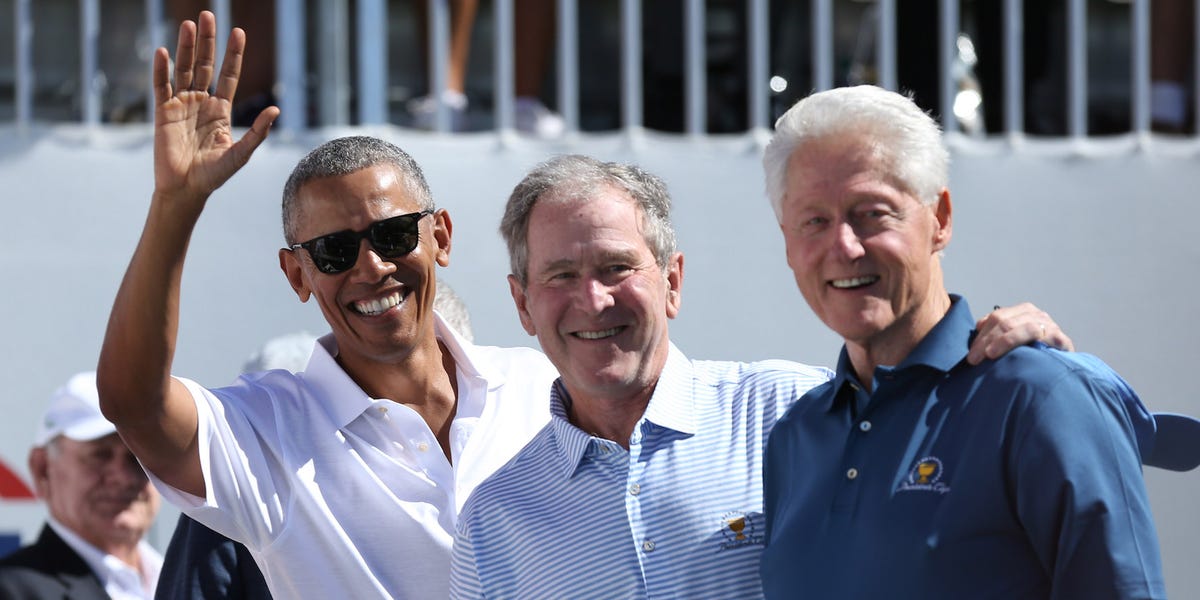 NeoTerraKnight said:
Says the woman that endorsed George Santos and helped him get elected.

Moderator
You have to do a lot of mental gymnastics to get to Biden being the only one wrong.

The findings at Pence’s residence come as President Biden faces mounting criticism, which had also come from Pence, over the discovery of classified materials at Biden’s old office at a Washington, D.C., think tank and at his Delaware home.
Click to expand...

Island said:
You have to do a lot of mental gymnastics to get to Biden being the only one wrong.
Click to expand...

So conservatives are now going full reverse from Sleepy amnesia Joe forgets everything lol, to mental quantum computing Joe should be able to track all documents he ever encountered in the past 50 years like all politicians or else face the consequences.

Ah, we're playing this "let's rehabilitate past presidents" game again. I'm tired of old war criminals trying to get brownie points for not being clowns like our recent presidents. It's true that it's easy to have rose colored glasses about past presidents if you care more about superficial things.

But on real substantive things, I think that Trump > Bush, since Bush gave more cutouts for the rich than Trump and Trump made some attempt to end the war that Bush started.
I also think that Biden > Obama in retrospect too. Biden is probably the best president of my life so far, but still Fuck Joe Biden since that's an indictment of the other presidents and less a praise for Joe lol. I don't really want to get into disappointments over Obama though.
Like I've said, I'd rather focus on war crimes of US presidents than procedural shit, but we're probably not getting the former, so I'll settle for the latter.

It does seem like we have had a recent epidemic of entitled leaders at the highest echeleon feeling like they own their job and everything that comes with it. President, Vice President, Cabinet member... these are temporary posessions that they leave behind when they are finished, even if they plan on returning to office later or still maintain some connections. Maybe it's because they know a lot of powerful unelected officials that function this way (probably shouldn't but they can), maybe it's because they care more about these jobs as feathers in their caps then as stewardship of this country. Whatever the case, I'd appreciate legal action putting this kind of thinking in its place. This is a rare opportunity too, since we could get around the inevitable accusations of partisan action if we just do Trump, Pence, Biden and one's choice of HRC or Hunter (I don't care, let voters decide that one I guess) and call it a day.

But like I said before, the fact that we have enough offense on both sides (even though Trump's offense > Biden's = Pence's > HRC's) that it'll ultimately decided that two wrongs make a right and it "balances out", rather than two wrongs means twice as much failure here and doubling our need to put a stop to this.

Administrator
Wtf was up with Pence piling on before he checked to make sure he was clean lol
I guess he plans to face Trump in the primary and then Biden in the general so it could've just be too much thirst for a dual takedown.

What a joke this entire situation is.

A) It shouldn't be okay for anyone to have these confidential papers after leaving office. Whether or not there should be actual legal consequences of any kind for Biden, Pence, Trump, etc. is another matter entirely. I'm torn on that one in multiple ways.

B) People who cooperate in returning them, however, aren't and shouldn't be treated the same as those who...don't. Attempting to prevent the government from investigating the presence of documents (justifiably) should, IMO, be a crime.

C) Don't throw stones when you live in a glass house. Mike Pence would do well to remember that in the future, though some Dems may need to too.
Last edited: Jan 26, 2023

ok noted with thanks. Pls revert by today. First Reminder.

Imagine if Maximillien Robespierre is the President and he raided every politician's home.