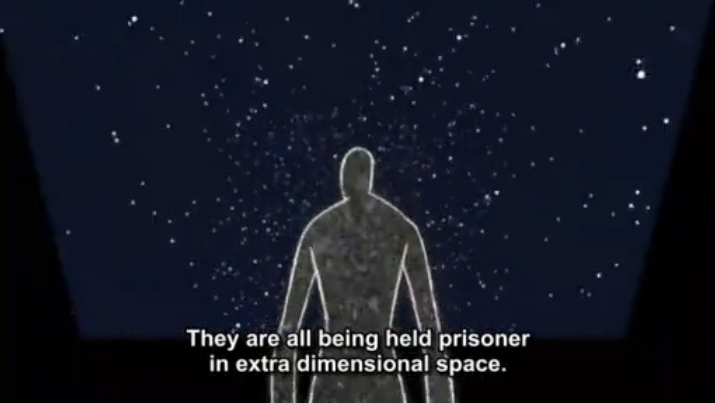 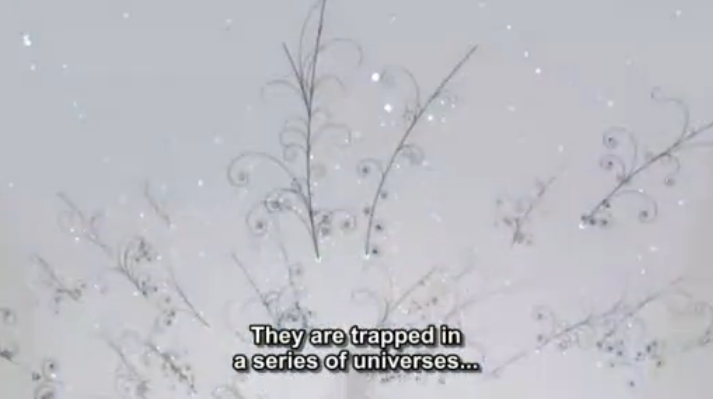 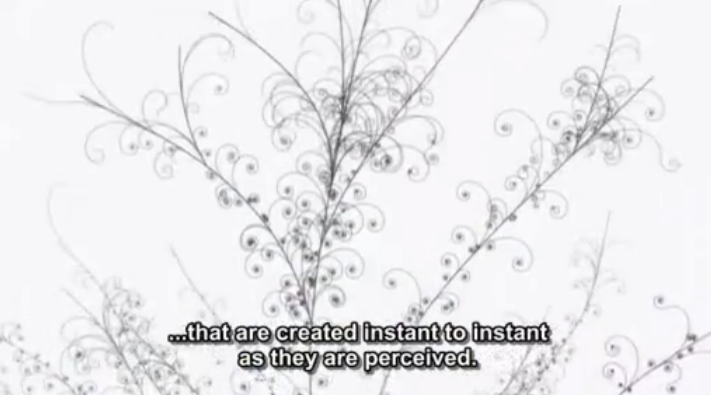 The Extra-Dimensional Labyrinth is a series of universes created every instant as they are percieved. As this is said, we see a great tree representing many different possibilities spiralling outwards endlessly. So the Multiversal Labyrinth at least of countless universes, which is implied to be infinite by Simon;
https://en.wikiquote.org/wiki/Gurren_Lagann

Even without that, the above visuals imply it's countless at least.

The argument that the universes are just illusions has floated around for a while (as you can still see them on the deck of Super Galaxy Gurren Lagann), and I've wondered this myself. Until I found this quote; 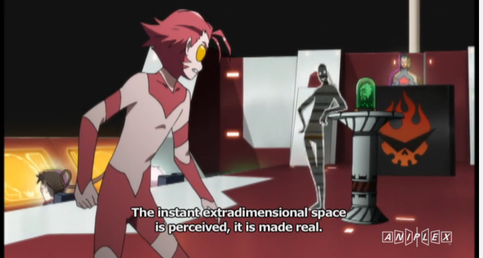 The moment anything in the extra-dimensional labyrinth is perceived, it's made real. Which means the universes are real, even if they are on the ship still.

When they escape though, the Anti-Spiral says that no sentient lifeform can escape from an extradimensional labyrinth.

A(n) extradimensional labyrinth would imply there's more than one. They even say that the other Spiral Warriors were met with the same fate;

So not only would there be an entire multiverse to trap Team Super Galaxy Dai-Gurren, but many other Spiral Warriors too. And we see many stars in these universes, so they are indeed universes.
3:50 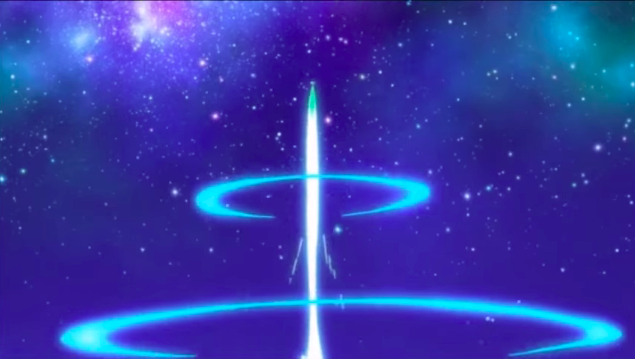 Simon absorbs the Multiversal Labyrinth into his super spiral ego. 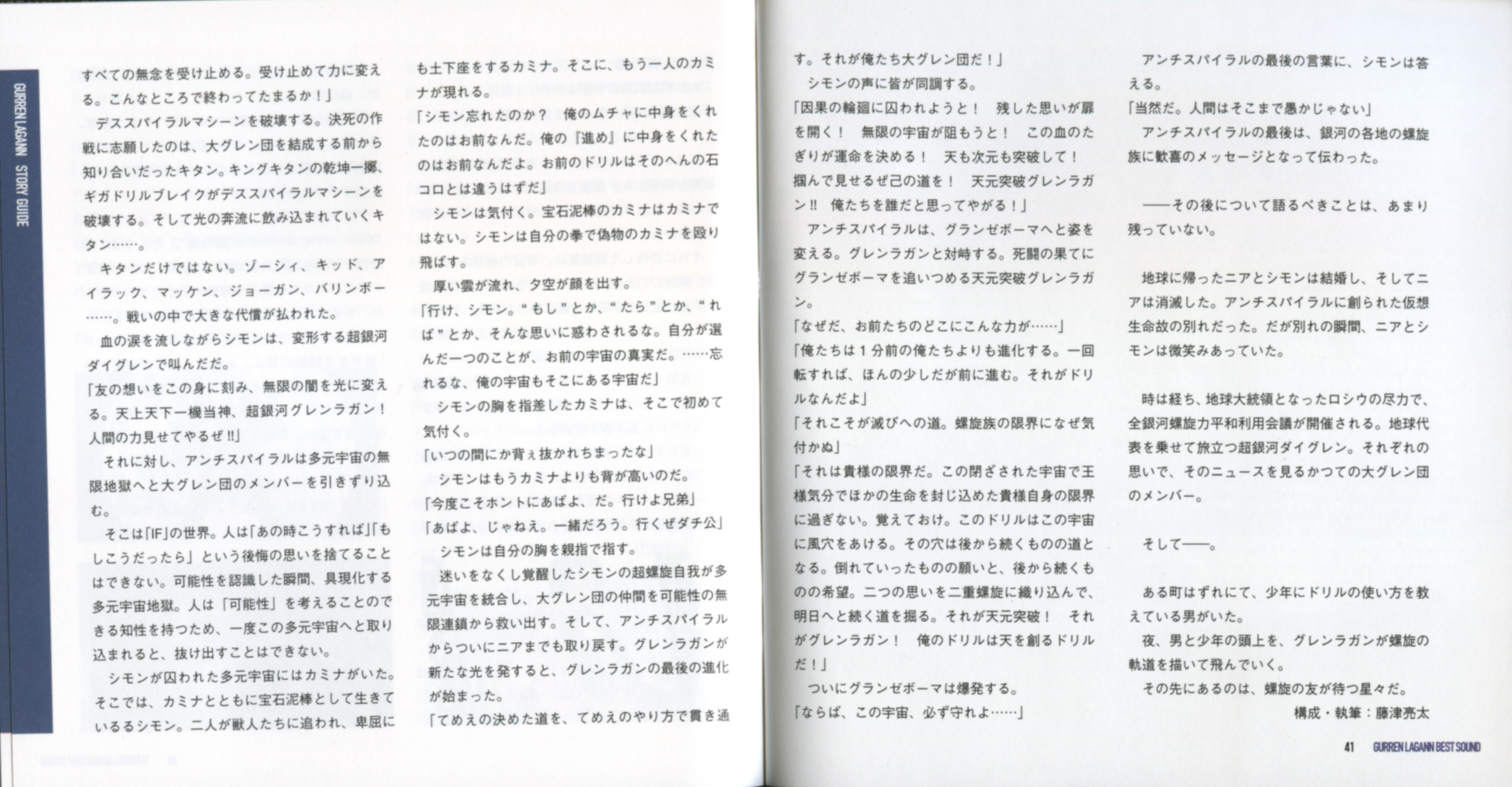 Gurren Lagann Best Sound said:
No longer confused, the super spiral self of Simon intergrated with the Multiversal Labyrinth and save his comrades of Dai-gurren from the infinite chain. Then, finally getting Nia back from the Anti Spiral, Gurren Lagann emitted a new light, beginning Gurren Lagann's final evolution.
Click to expand...

To further debunk that the Multiversal Labyrinth isn't a legitimate feat, the Labyrinth is said to cast the victims consiousness across the multiverse, and calls the universes of the Labyrinth real existences (実在).

If that's not enough, there are also different multiverses in the Multiversal Labyrinth. 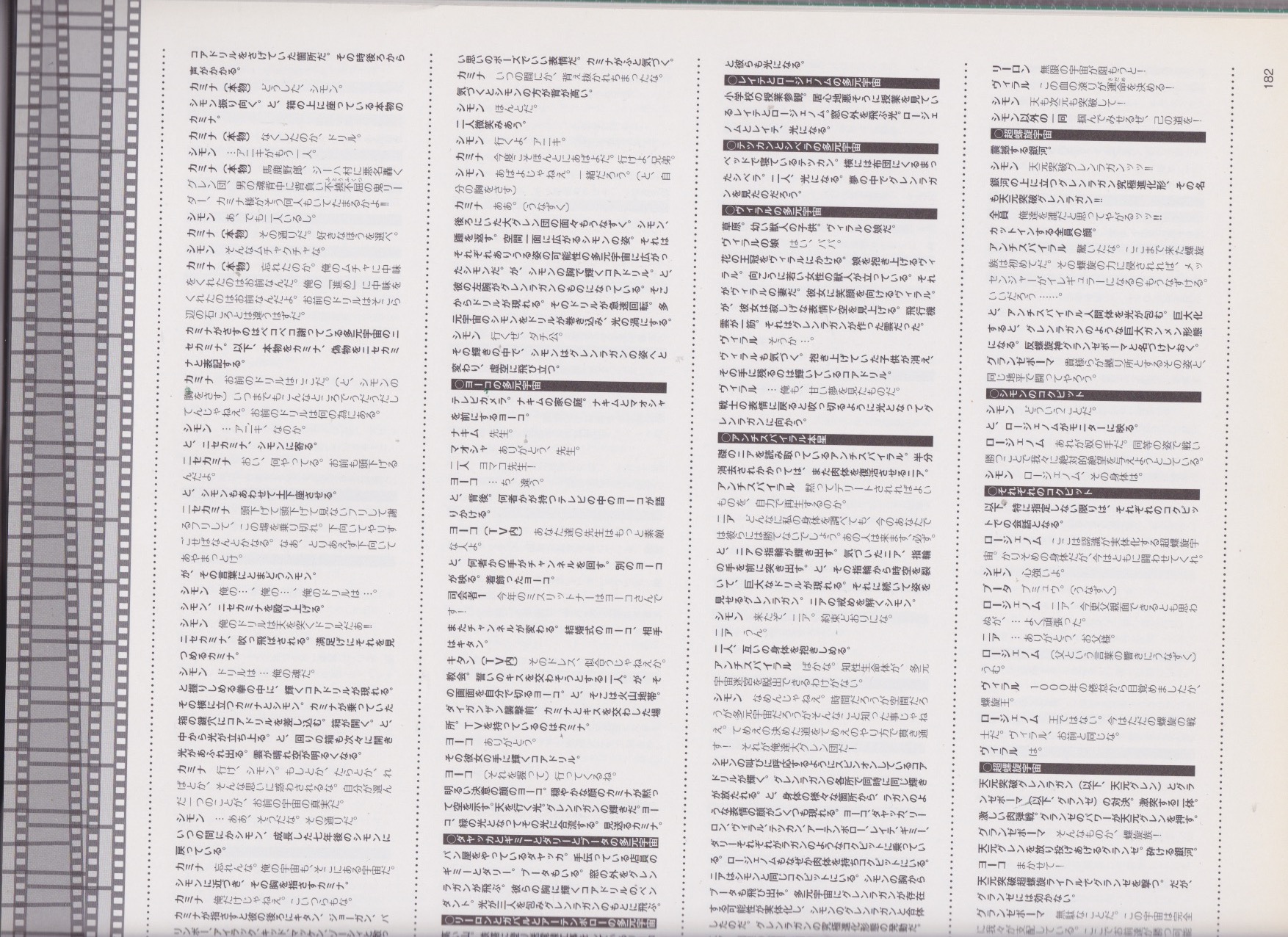 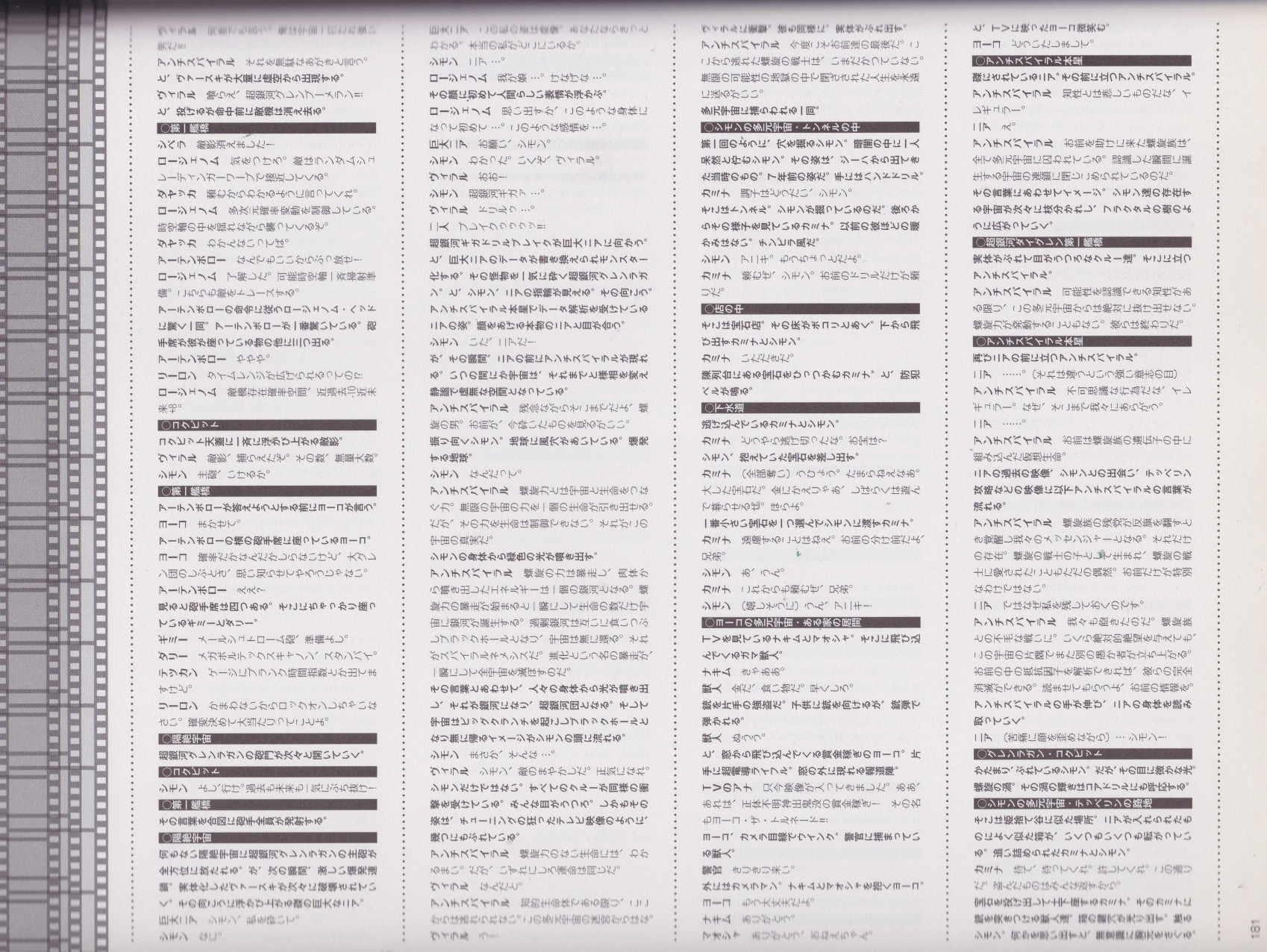 (The relevant parts, in the black headings) 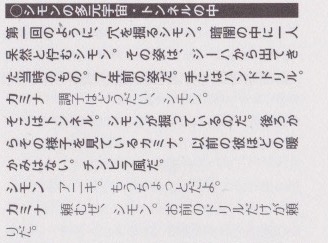 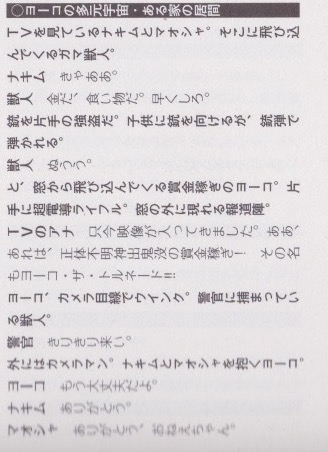 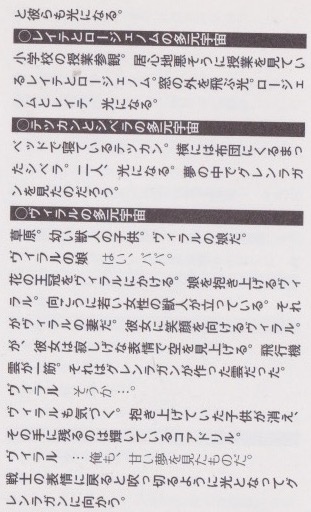 So that's at least seven multiverses mentioned in the Labyrinth. However, the number would be much higher, as they're being generated through probability and quantum mechanics every instant. 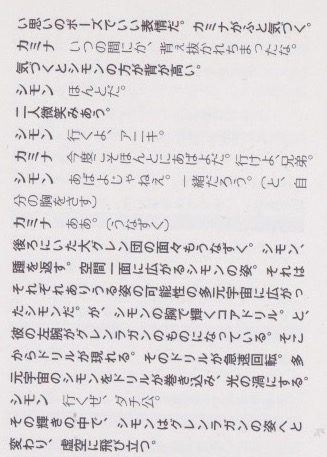 This says that Simon expands through space to every possible multiverse that his friends where trapped in.

Work Soul said:
The figure of Simon spreads through space to every possible multiverse.
However, a core drill shining in Simon's chest and his left arm is that of Gurren Lagann.
A drill appears from there. The drill rotates rapidly. The drill swallows the Simon from the original universe, turning into a vortex of light.
"Go Simon, bro."
In that glow, Simon transforms into the figure of Gurren Lagann and flies into the sky.
Click to expand...

Given the multiverses are created through different possibilities in an infinitely expanding cosmology with infinite more created all the time, it's likely that there are far more than just seven, and I would argue that many more orders of infinity would be continued to be created by these branching alternate multiverses every instant.

Each Tengen Toppa unit is it's own universe, as it's a Super Spiral Space, composed of all possible Gurren Laganns (as said above).
https://www.japanator.com/the-secrets-of-gurren-lagann-answered--6714.phtml

Gurren Lagann official website said:
The final decisive battle between the spiral and the Anti-Spiral, which begins at the end of the multiverse!
Click to expand...

Now let's move onto another point about the Tengen Toppa units; 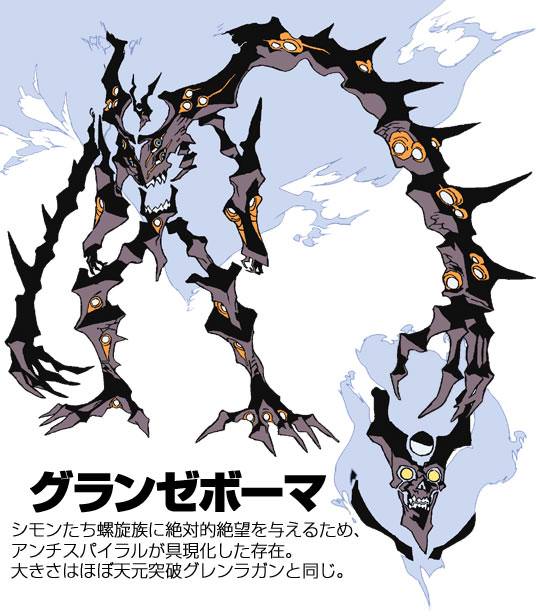 When I asked ThanatosSeraph for a translation a few years back;

ThanatosSeraph said:
It's... not exactly a high quality scan but I can tell the last line says it's size is approximately the same as Tengen Toppa Gurren Lagann.

Second last line says it is an existence that was materialised by the Anti Spiral(s).

I'm not going to try to read the top line beyond the fact that the first word is Simon (plural, as in Simon and the rest of Dai-gurren)
Click to expand...

Materialized, as in it's made of matter. The series also backs this up when LordGenome's colossal drill turns to energy.

Plus Tengen Toppa Gurren Lagann leaves shards of metal, which would show that it's a material thing.

And if there are any idiots who still doubt TTGL's size despite all evidence pointing to it being galaxy sized, word of god confirms it. 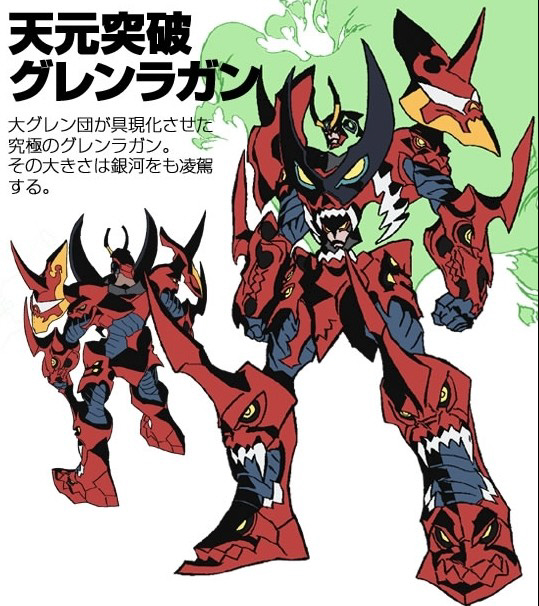 ThanatosSeraph said:
I'm about to go to sleep so I won't bother with a full translation or anything but regarding the first image at least yes it does say its size surpasses that of the Milky Way. Never seen that をも particle joining there before but I think I understand what it would mean and doesn't change anything.
Click to expand...

Plus there's the fact that Nia gets recalled to the Anti-Spiral Homeworld, which is very explicitly the planet Nia is imprisoned on, which is shown to be dwarved by Tengen Toppa Gurren Lagann. 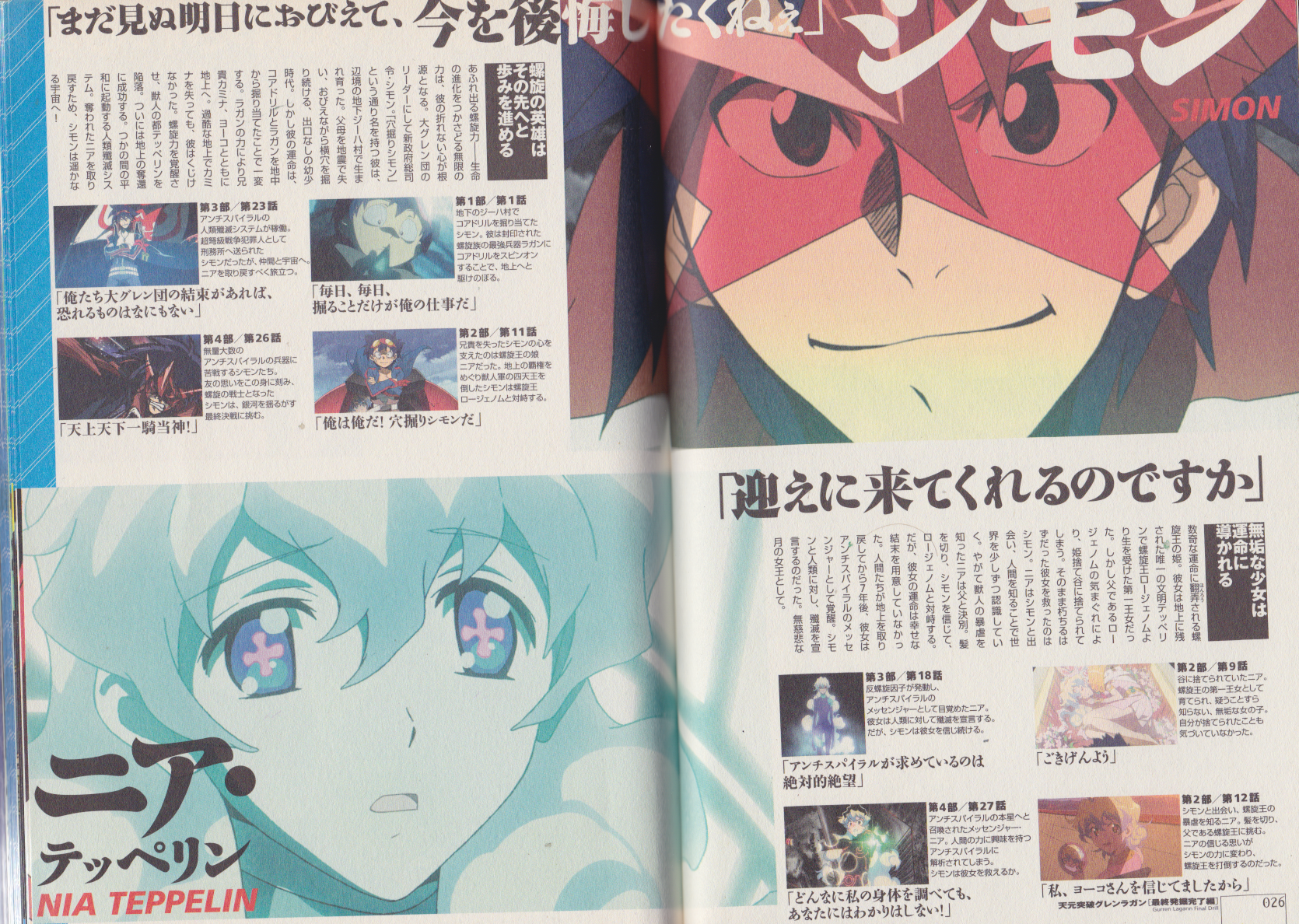 Final Drill said:
Messenger Nia is summoned to the Anti-Spiral Homeworld. She is analyzed by the Anti-Spiral that is interested in human power. Can Simon save her?
Click to expand...

On top of this, the Anti-Spiral are unbound by time or gravity, so they could make a mecha or a planet as big as they feel like. 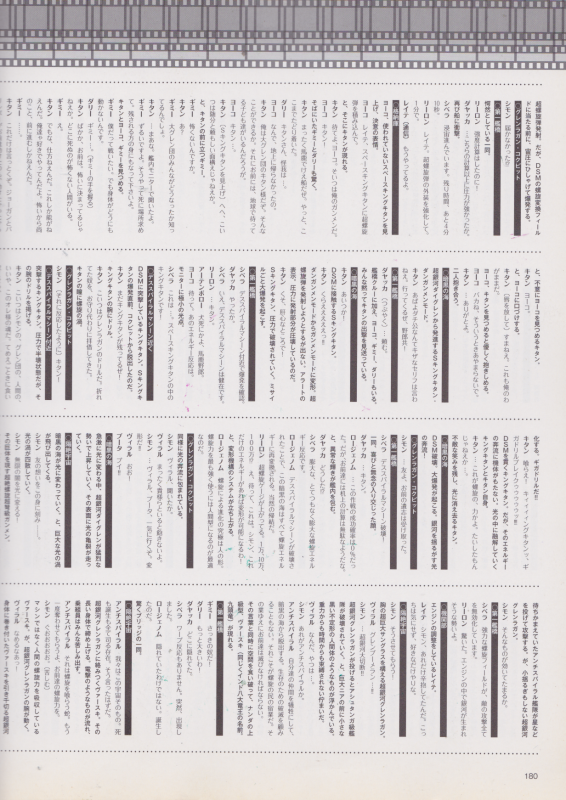 Work Soul said:
When the Super Galaxy Gurren Lagann throws, the Ashtanga class warships are destroyed. In front of the giant near, there is something like a small black amorphous body. A stop that is not bound by gravity or time.
Click to expand...

When explaining why the Earth is visible in the final battle (on top of the show itself calling it folded space and a space-time bypass), Gainax explain that they wanted the Earth to see the final battle in real time, so space-time twisted to project the image of the Earth, and otherwise it would have taken tens of thousands of years for Tengen Toppa Gurren Lagann and the Anti-Spiral to be visible.
http://www.style.fm/as/13_special/mini_080404a.shtml

Let's talk about the secret story behind the production of “Gurren Lagann” !! Episode 27 said:
──The fact  that everyone is watching a galactic-scale battle on the ground was a scale that seems to be GAINAX's work.
Ishi:  Oh, is that right? I bought a laugh at the scenario meeting (laughs). When I said, "I want you to be able to see it in real time for the time being," Nakajima-san said, "I can't do anything about it!" So in the play, for the time being, the space-time is twisted, and the image is projected, but I wanted that to be real-time and live. Like "I'm fighting in that galaxy!"
──  Ah, it looks too big (laughs).
Right now, right  . How big is it that you can see? When asked, it was truly useless.
──  Besides, it is a story about where the galaxy is. It will take tens of thousands of years to see
Otsuka  .
Click to expand...

Trexalfa said:
"Extradimensional space" here is a mistranslation. The actual dub says 多元宇宙, that is, multiverse.
Click to expand...

Different multiverses are also mentioned in the promotional material, in reference to
https://animeanime.jp/article/2018/01/11/36462.html

"Gurren Lagann" There might have been this "multiverse"... Developing Kamina & Yoko's plain clothes as apparel goods
Click to expand...

The Anti-Spiral transcend space and time and can control the multiple dimensions (which are universes). 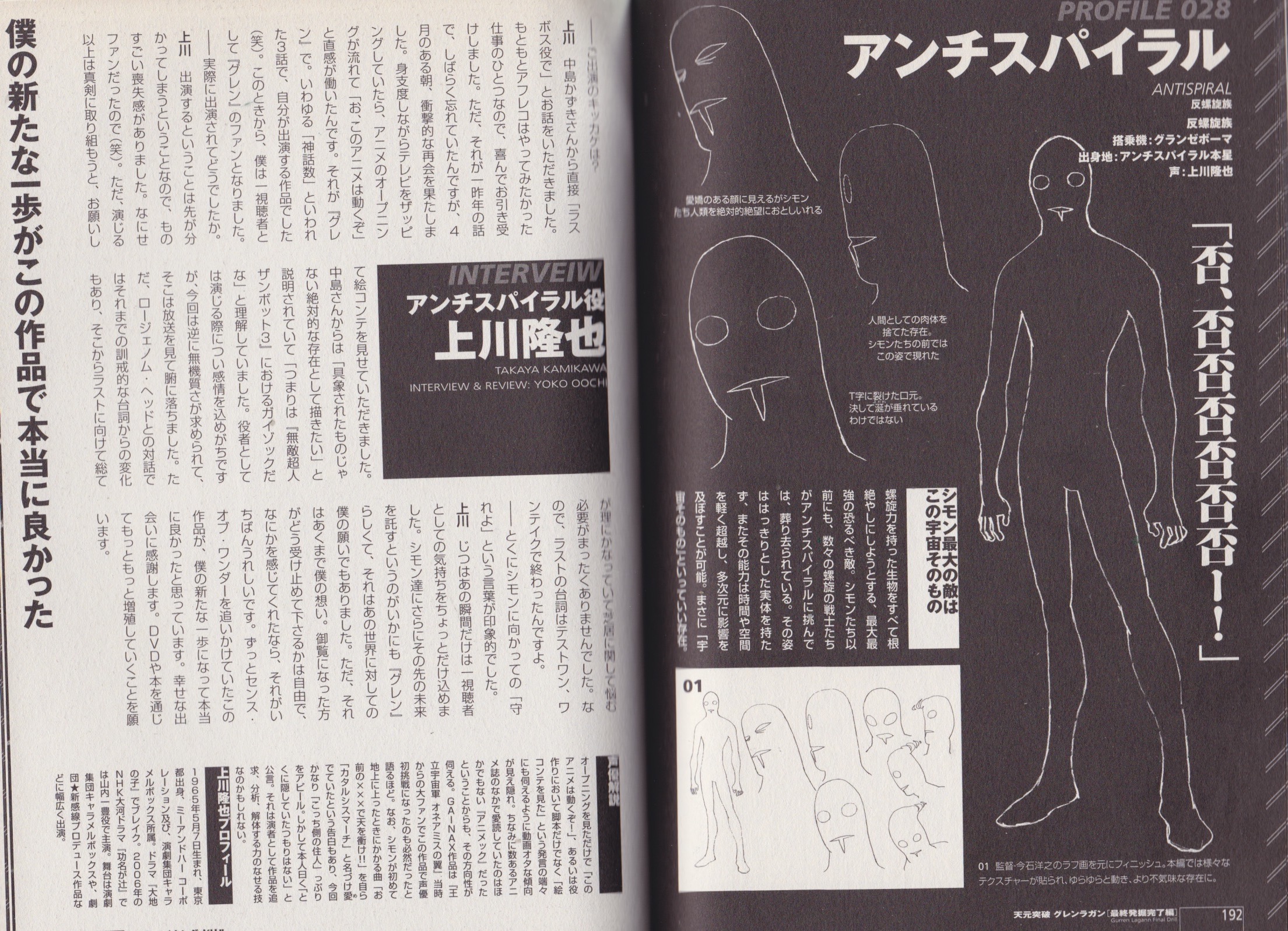 (Relevant text is in the black box on the right).

Final Drill said:
Simon's greatest enemy is this universe itself. Even before Simon, when a number of spiral warriors challenged Anti-Spiral, they are buried away. Its appearance has no distinct entity, transcending space and time lightly and controlling the multiple dimensions.
Click to expand...

From a visual perspective alone, the macrocosmos is represented as an endless starfield, where each "star" is a universe/multiverse that branches infinitely into infinite more universes every instant, and the starfield goes on forever.
The macrocosmos is also visable in the movies, even when no one is trapped inside the Labyrinth. 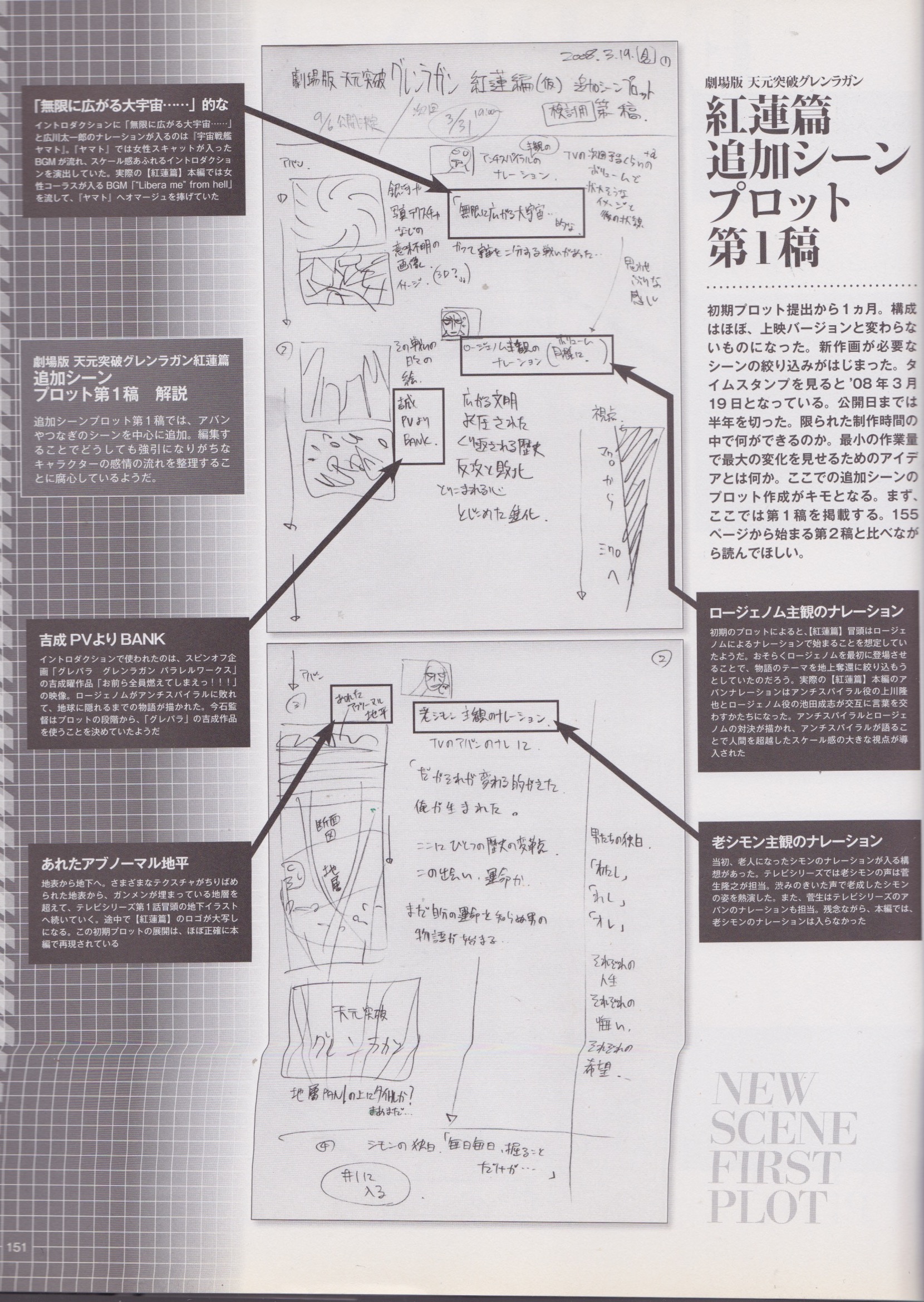 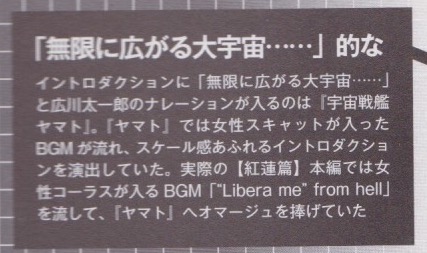 Gurren Lagann is described as a story of a multiverse. 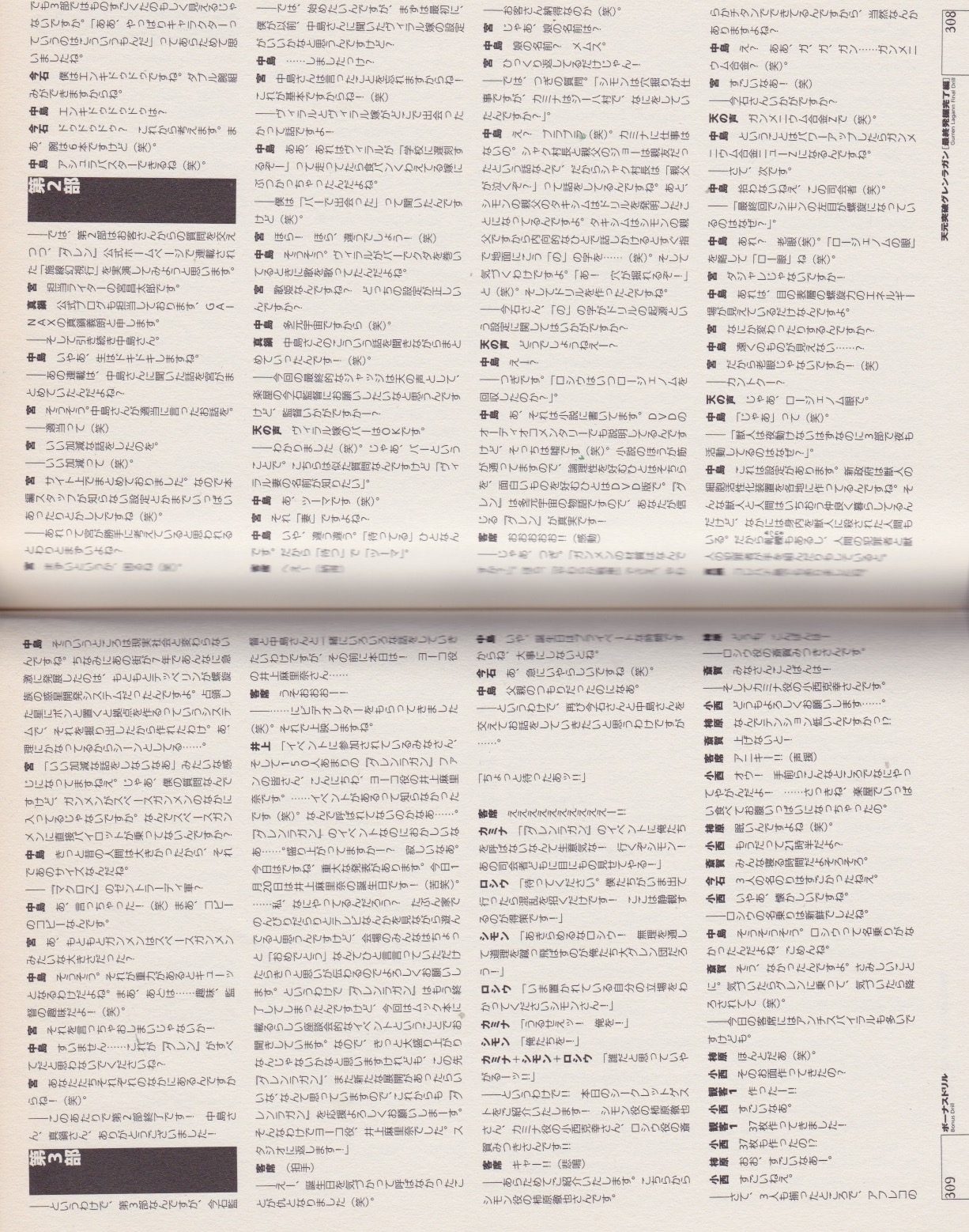 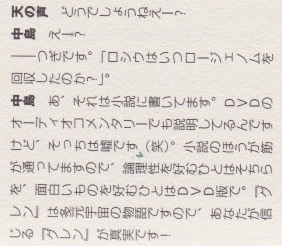 Final Drill said:
`Next. "When did Rosiu discover LordGenome?"Nakajima Oh, that is written in a novel. I explained it in the DVD audio commentary, but that is a lie (laughs). Novels are sold by mail, so those who like logic is there, and those who like interesting are the DVD version. Because Gurren Lagann is a story of a multiverse, the Gurren Lagann you believe in is real!
Click to expand...

The Anti-Spiral can control the flow of time in their dimension. 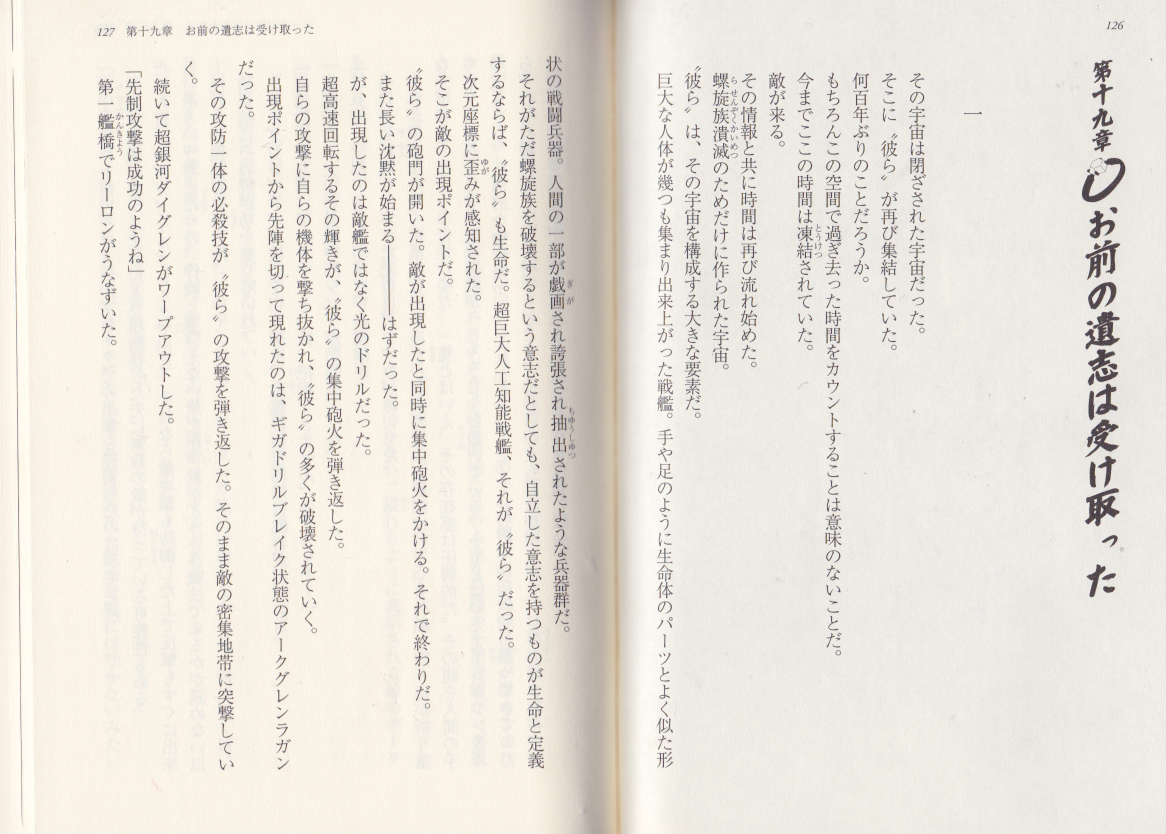 Gurren Lagann novelization said:
The universe was a closed universe. How many years were reassembled there? Of course, it doesn't make sense to count the time that has passed by in this space. Until known, there will be enemies who have been frozen. Time began to flow again with that information. The isolated universe, which was created solely for the purpose of eradicating the Spirals, are a major element that make up the universe.
Click to expand...

Simon absorbs every possible version of himself, past, present and future. 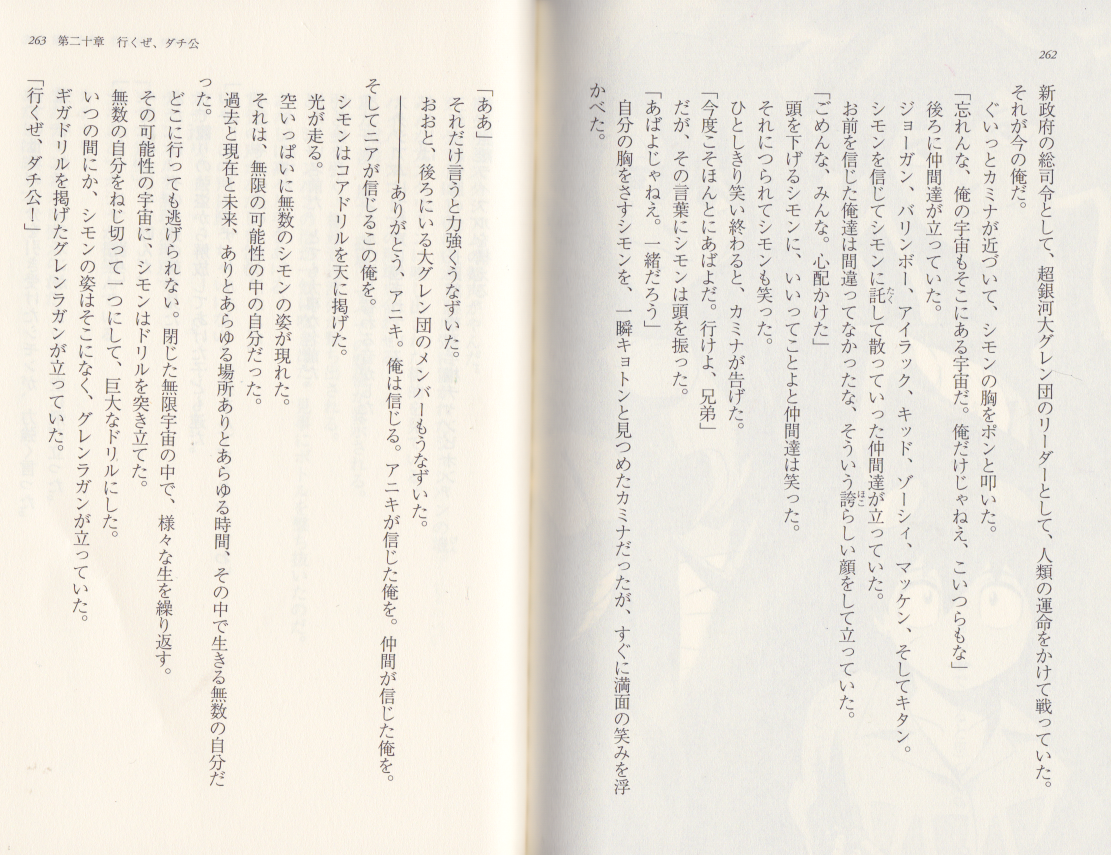 Gurren Lagann novelization said:
The lights run. A myriad of Simon figures appear all over. It is my past, the preset, and the future, myriad of infinite possibilities, every place, every time, and the myriad of myself living in it. I cannot escape wherever I go. In a closed infinite universe, Simon pierced a drill in the town of Kosaku, who had a variety of lives that repeated his life. Before I realised that Simon wasn't there, Gurren Lagann was holding a Giga Drill where Gurren Lagann was standing.
Click to expand...

Tengen Toppa Gurren Lagann is a virtual quantum body created through the stratification of the Multiverse, and once the final battle was over, it dissapeared and the multiverse returned to it's natural state. 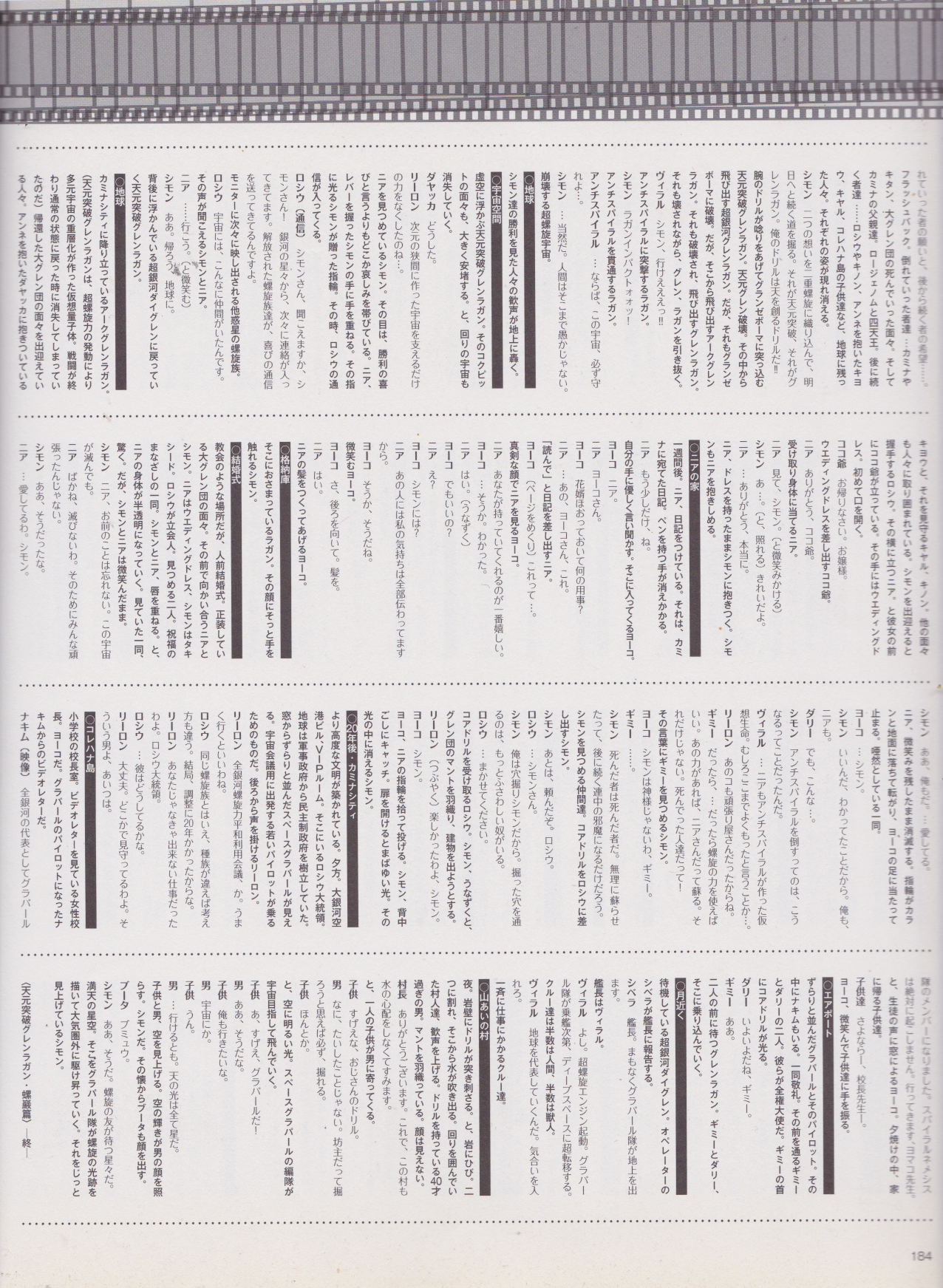 Work Soul said:
(Tengen Toppa Gurren Lagann is a virtual quantum body created by the stratification of the multiverse by the activation of Super Spiral Power. It disappeared when the battle ended and returned to its normal state.)
Click to expand...

On top of all this, Gurren Lagann exists as part of the overall Trigger multiverse.

Studio Trigger - Here we're back with Hiromi AMA said:
Einlar: Are Gurren Lagann, Little witch academia and Kill la Kill all set in the same universe at different points in time? My fan theory is that Akko's using spiral energy, and Croix will be the founder of the Anti-spirals.

Hiromi Wakabayashi: Technically they exist in a different universe. However, we have few characters such as Trigger-chan and Inferno cop with the ability to cross between these walls and limitations.
Click to expand...

Interview with the Promare animated team said:
Since Luluco was a crossover show, do you envision any crossovers happening with Promare? Is Promare set in the same universe as other Trigger anime?

Wakabayashi: Any project or series animated by us, the baseline requirement is to be included in the Trigger universe, so I guess [it's possible].
Click to expand...