I had planned on doing this... ages ago really.

Here's the Feat in its entirety and Result

Right here we have how Meruem enjoyed the experience

The fact about half his body was intact, if not severely burnt, is still a solid feat of durability, just warrants a fraction of the whole *shrugs* 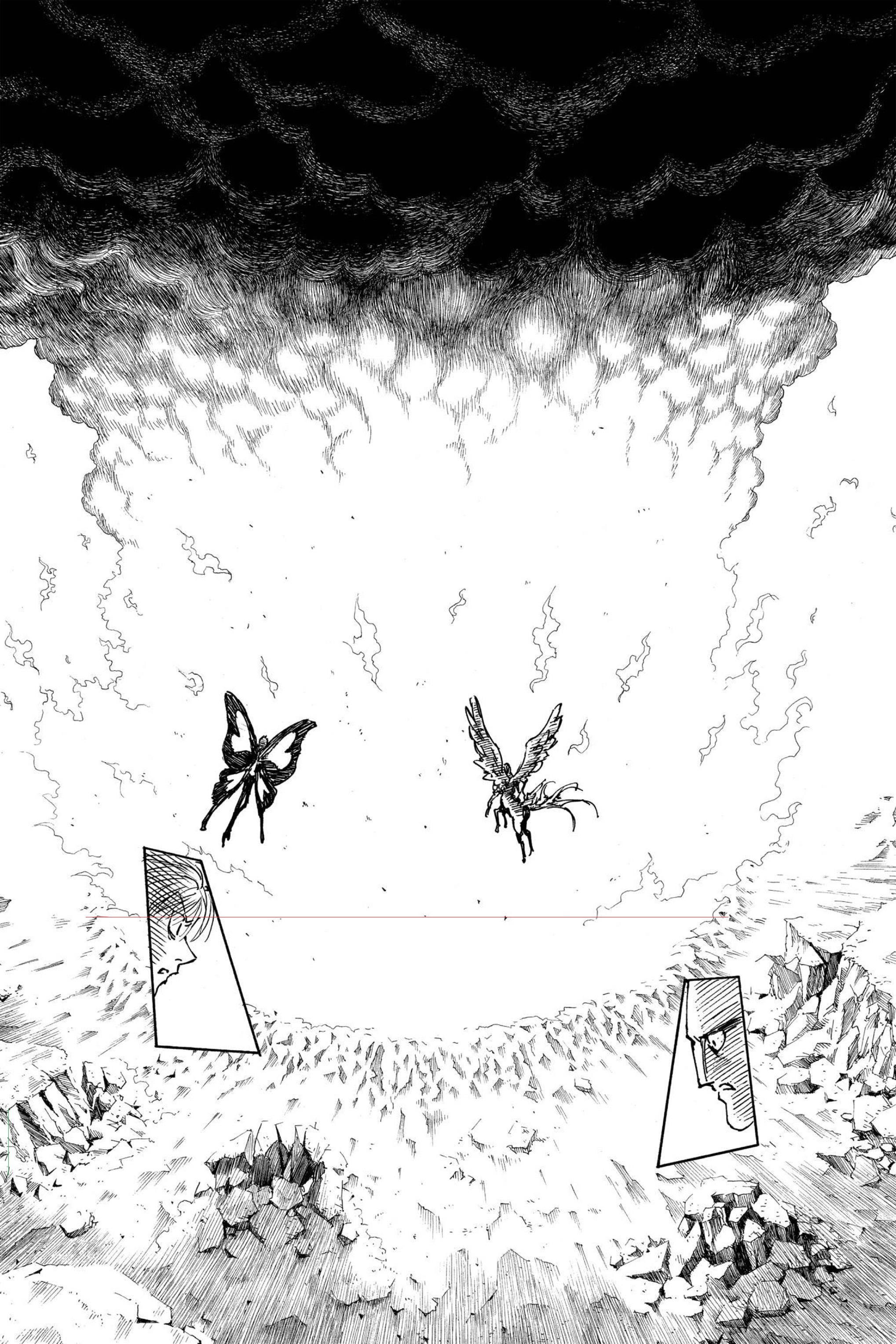 You can get the size of the hill I measured here.

I could subtract the volume I got for Netero's Hyakushiki Crater Scaling, but I don't see the need when Netero likely took down enough hills with the rose for it not to matter much.

Nor do I feel like it right now anyway.

Nice work on this one.
Thanks.

I could actually try and make a comparison between this and sedan crater.

Given Sedan Crater was made under similar circumstances with a 100 kiloton nuke. This crater dwarfs Sedan in volume by 4-5 times though.

Just something interesting to note given how similar the detonations were.
The hill you scaled in the first scan isn't the same one as the one you used for the second, because depending on the view Yupi and Poufu came from, it's supposed to be on the left or other side of the crater in the second scan. I think the results would be more accurate and actually a bit more larger if you scaled the hill on the left that's closest to our view in the first scan, then keep the scaling from the second scan. I'm pretty sure that's the same hill, though slightly deformed in the second scan, probably due to the shockwave. The placement is exactly the same at least, I'm sure of that.

Another thing is that since it was detonated on the ground, the yield would be more like 50-60 kilotons, though we probably have no real way to get an accurate yield because it was more underground and it had to go through quite a bit of rock first.

I don't think there's much way to compare it to Sedan either. While they are similar, they're also different in some important respects; namely:

- Sedan was detonated from 800 m down, likely more than the Rose was.

- The rose was detonated in a completely open area under the ground. I believe with the Sedan crater, it was detonated after being burrowed down, but it wasn't really open. There was probably much more rock to go through.

- There's also the previously made crater to account for.

The hill you scaled in the first scan isn't the same one as the one you used for the second, because depending on the view Yupi and Poufu came from
Click to expand...

? I don't even think the hill I scaled is standing anymore after the bomb finished up.

Given the hills were more or less the same size? I just found a size of a hill in the area Netero fought and ran with it as a sort of "average size".

Nothing to account for there. Its basically 1/80th the size of the crater the rose made (around that anyway).

Another thing is that since it was detonated on the ground, the yield would be more like 50-60 kilotons
Click to expand...

I just kind of did that part for the hell of it anyway.
Updated with actual fireball diameter.

Someone remind me to replace the first image sometime in the future as well.
That's a big upgrade I have to say.
Same would happen with Franky's pre skip tanking feat.

Probably should inform GM to get on that.

Because how he currently handled it only accounts for the trail the fireball leaves as its rising in the air.
264 kiloton comes out for Frankys durability.

M3 should get scaled to it.

Hard to say I guess.

That'd be a question for others that remember enough about the manga to say for sure.
Wow. That's a huge upgrade. I'll rep you Chaos

@chaos franky is definitely less durable than the m3 anything he can tank they can tank.

Anyway it's a great upgrade for hxh. The serie needed this.
I remember someone saying that the feat wasn't scalable to M3 because Franky survived due to his steel body (since the rest of his body didn't survive iirc) so they decided to use it only as "Franky's durability against explosions".

Nice calc.
Still can't get scaled to anyone

I remember someone saying that the feat wasn't scalable to M3 because Franky survived due to his steel body (since the rest of his body didn't survive iirc) so they decided to use it only as "Franky's durability against explosions".
Click to expand...

that was GM, he said it in the Franky calc
Decent power up for an excellent manga.

White Hawk said:
Still can't get scaled to anyone
Click to expand...

You clearly don't really know what you're talking about, assuming you mean the Rose Bomb.

Because Meruem wasn't completely reduced to ash (he clung to life briefly with about 50 percent of his total biomass surviving the explosion), cut the energy in half, he keeps it all, but still suffers severe burns. Cut it in half, even twice more, he survives a bit worse for the wear, but would still be considered a solid small city level durability type of feat. The radiation would off him everytime, but the magnitude of energy present here, even if a bit much for Meruem overall, is still indicative of tank levels of durability for the fact any of his biomass survived at all.
So This Is Were Small City Level Meruem Comes From.